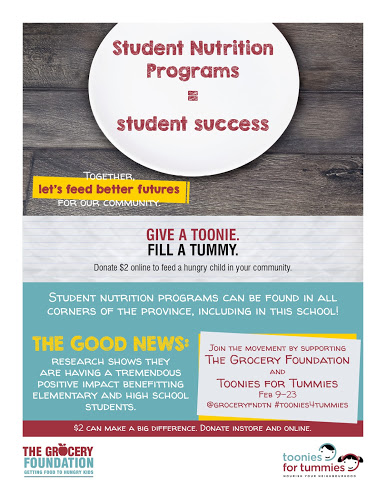 The 2017 Toonies For Tummies Campaign is in full swing at participating grocery store locations.  Until February 23, visit your local Metro St. Paul Avenue, Food Basics King George Road or Food Basics Lynden Park Mall in Brantford to give your toonie to help fill a tummy.

Although each store has a unique fundraising goal, they are unified with a common purpose: 100% of donations raised will go toward feeding children in this community a healthy meal. The good news for customers is that 100% of Toonies raised here, STAY here in our community.  By supporting the Toonies For Tummies campaign, you are helping Brant Food For Thought toward their goal: contributing to a child’s ability to learn by supporting and facilitating student nutrition programs. Children and youth in our local schools will benefit by having universal access to the most nutritious foods possible to help them learn and succeed at school.

The Grocery Foundation is the driving force behind the annual Toonies For Tummies campaign, where the public, the grocery industry and local food retailers rally together to make a difference for students.  And 100% of donations made through this campaign go directly to kids and youth in the communities where the funds are collected.

Patrick O’Rourke, Assistant Manager at Food Basics King George Road in Brantford, along with his team have 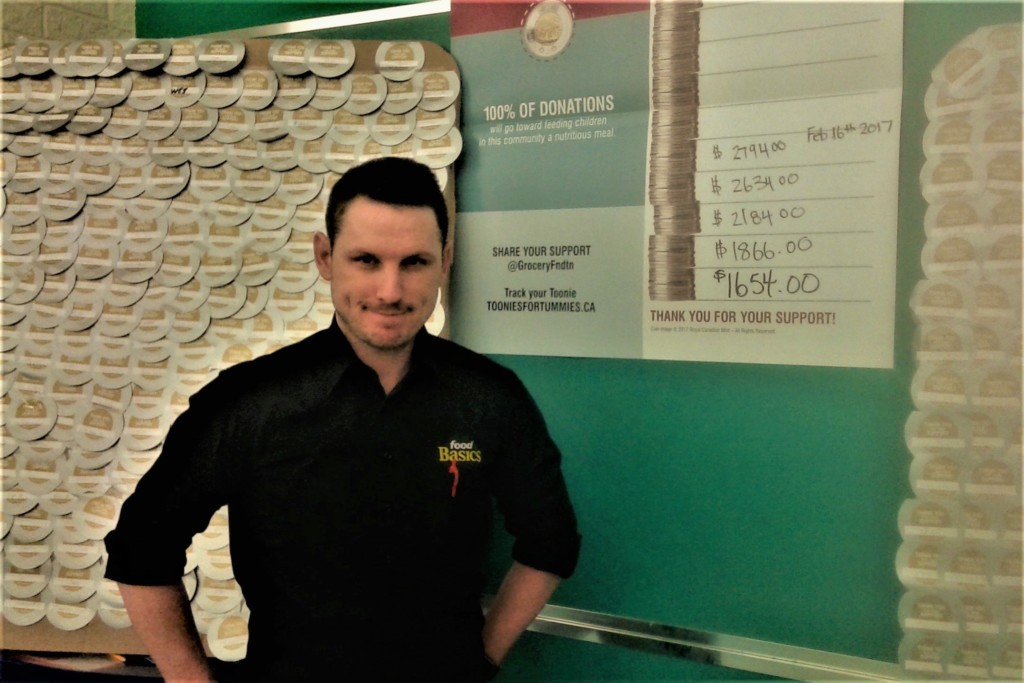 launched their store campaign and have already raised $2,794 in toonies to support student nutrition programs. That’s incredible and still climbing! Thank you Patrick and your team at Food Basics King George Road and the 1,397 generous customers who have supported your store and the campaign thus far. Great team effort! 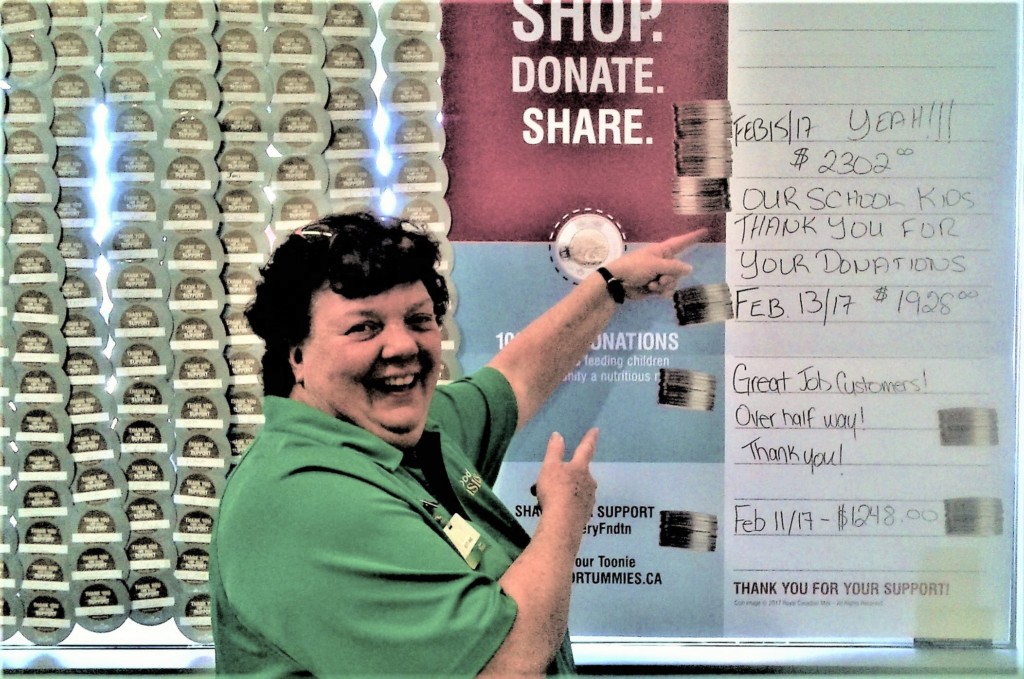 and the rest of the staff team have rallied to already surpass their store goal. They have raised $2,302 to date and climbing! Thank you Mike, Betty Anne and your staff team, along with the 1,151 generous customers who have made this possible thus far. Great work!

Check out the 2017 Toonies For Tummies campaign video!

Be sure to visit Metro or any of the Food Basics locations in Brantford, now until February 23 and support with your Toonie. On behalf of all the “tummies” we support, the students and Brant Food For Thought say a big, “THANK YOU”!