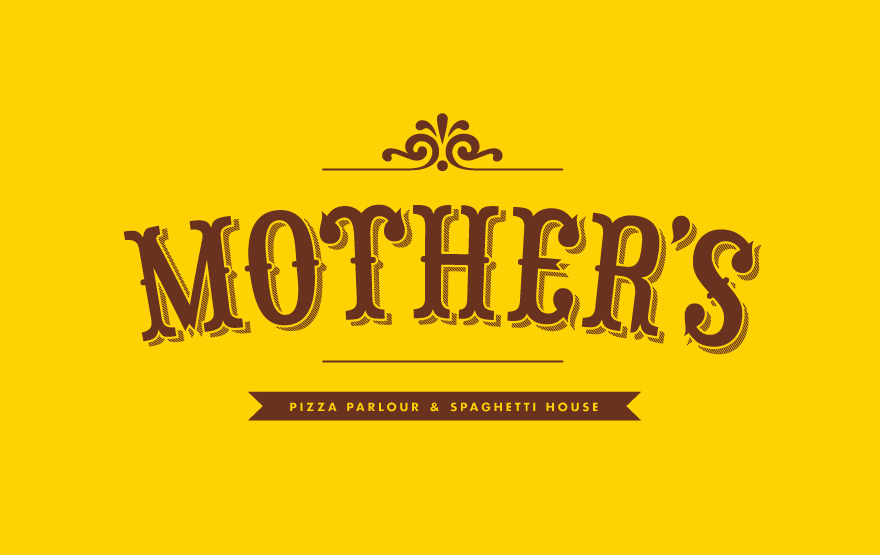 Mother’s Pizza Parlour in Brantford comes through again with a generous donation of $1,275.00 to support Brant Food For Thought and student nutrition programs.  When asked about the fundraiser and why it was kept a surprise, General Manager Jonathen Kimpton was quick to reply. “We were worried that it wouldn’t be as successful as we planned and wanted to keep it low key.”  Brant Food For Thought program director, Gisèle Budgell, was on hand today to celebrate their success and receive the donation on behalf of the organization. The staff even prepared a hot and fresh pizza for the occasion! 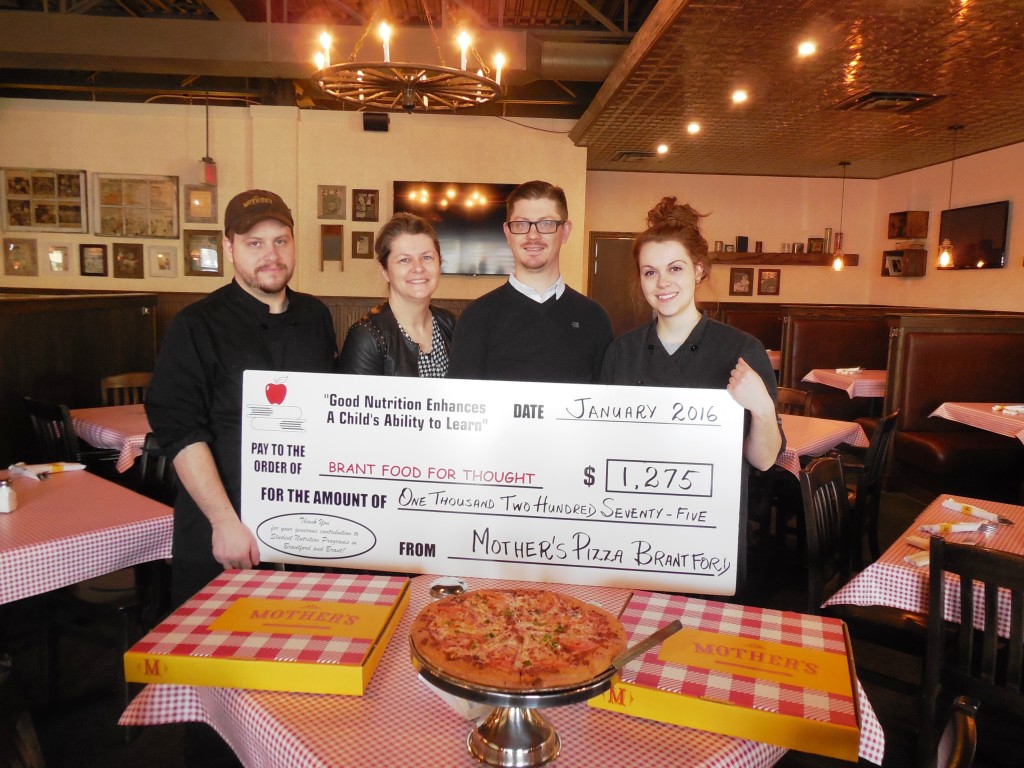 “We planned the fundraiser during the month of December,” added Kimpton. “Our servers asked our guests if they would like to contribute $5.00 towards food for children in our area, and in return, we gave them a Mother’s Money certificate for $5.00 off their next visit. It was a win for us and a win for the customers who supported our fundraiser.”

Just over a year ago, Mother’s Restaurants owners Brian Alger and Geeve Sandhu opened their third Southern Ontario restaurant location at King George Road in Brantford. Within the first 36 hours of making the announcement that they were coming to Brantford, they had received 38,000 views of the posting. Mother’s Pizza Parlour is back, with a great balance of nostalgic flare and current appeal, much to the delight of many Brantford and area families who have fond memories of good food together here.

And how could we forget the “Friel Deal Pizza”? Back in June 2015, Brantford Mayor Chris Friel was invited to create his own special pizza to be named in his honour. It featured a more exotic Mediterranean flare with chicken, feta cheese, olives and spicy sausage for a little kick. When asked who should receive the proceeds of this fundraiser, Brant Food For Thought immediately came to mind. Two dollars of each “Friel Deal Pizza” helped support our organization and raised $500 for student nutrition programs in local schools. Thank you Mayor Friel!

And again, many thanks to Jonathen Kimpton and his staff at Mother’s Pizza Parlour in Brantford for a great “surprise” fundraiser in support of Brant Food For Thought and student nutrition programs. Your ongoing partnership and generosity will go a long way to contributing to the healthy outcomes and learning potential of children and youth in our school communities in Brantford and Brant.