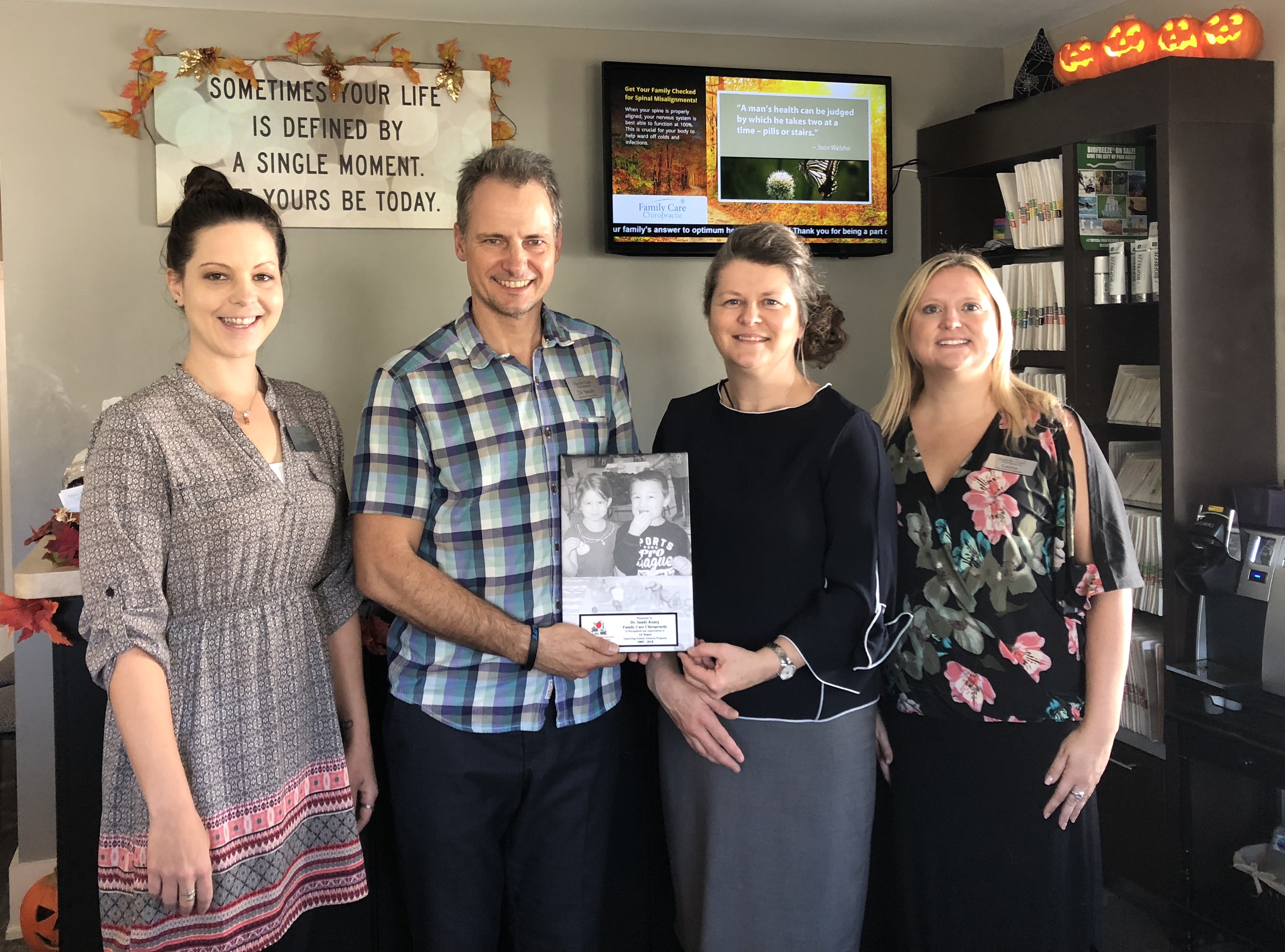 Established in 1996, Family Care Chiropractic, owned and operated by Dr. Sandy Kunej, has been a successful and well respected practice.  Dr. Kunej focuses on care for people of all ages who want to release their inborn healing power, realizing and optimizing their true potential in life, naturally.

For the past 14 years, Dr. Kunej has supported Brant Food For Thought with an annual contribution to universal student nutrition programs.  On many occasions, funds are collected from missed appointment fees as well as casual dress down days. 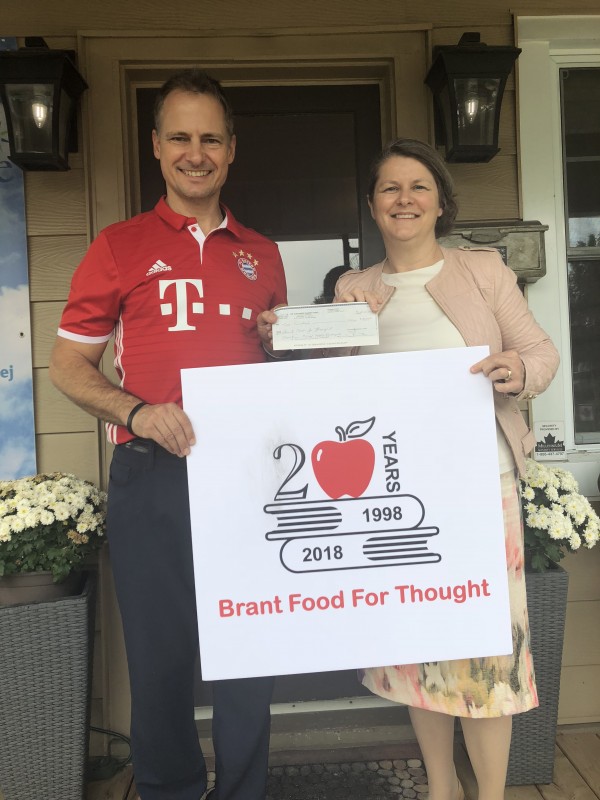 Dr. Kunej resides in Brantford with his wife, dentist Dr. Heidi Kurtz, their two sons, Noah and Markus, and their daughter Erika.  As a father and health professional, he understands the role that good nutrition plays in the healthy development of children and youth, as evidenced by his continued support of Brant Food For Thought.  “The funds collected will cover a nutritional breakfast for a child for the entire school year,” expressed Dr. Kunej.  “We want to wish Brant Food For Thought continued success as they celebrate 20 years of truly making a difference in our community.”