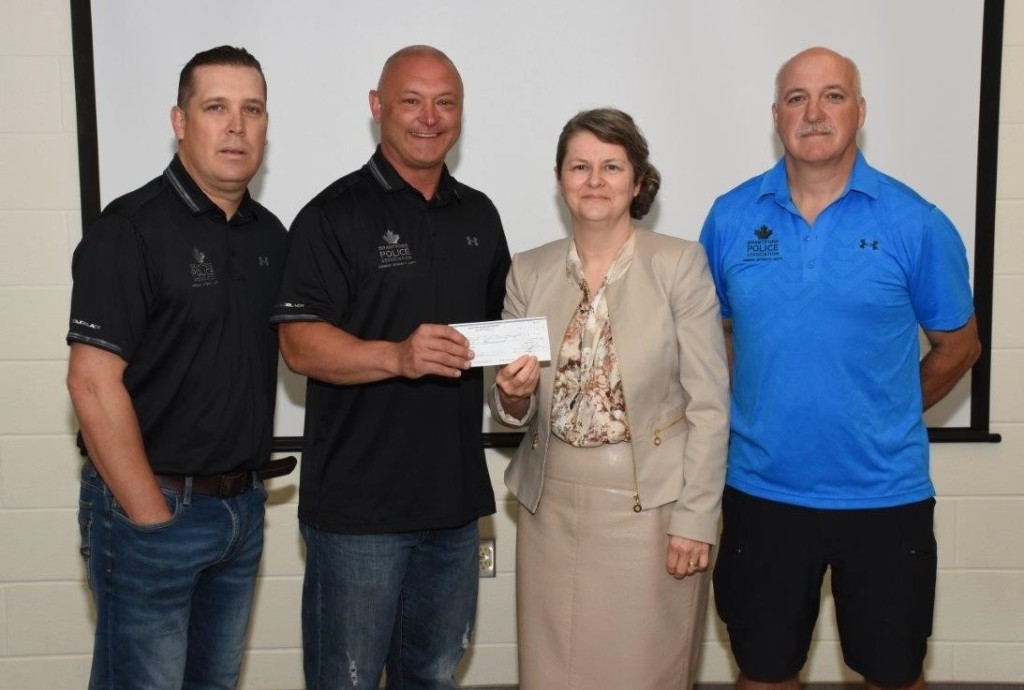 They aim. They shoot. They reached their goal!  Raising just under $25,000 in two days, the Brantford Police Association set out to support their favourite charities, $10,000 of which went to Brant Food For Thought and universal student nutrition programs. 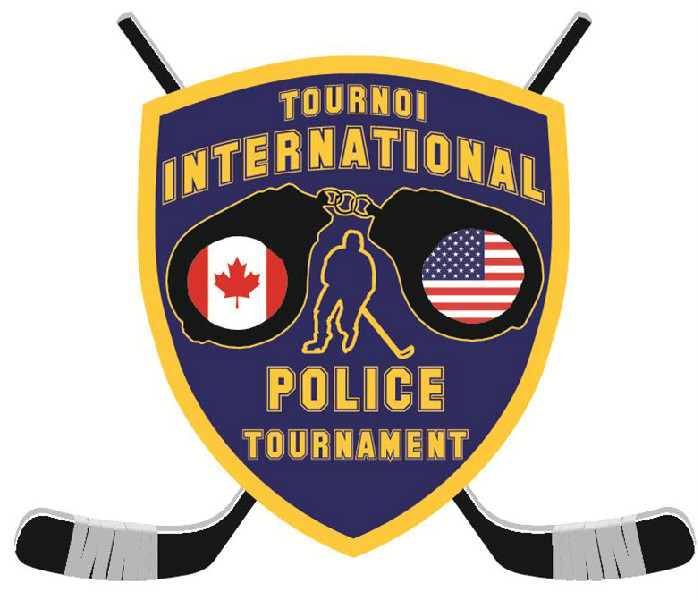 The City of Brantford won the bid to host the 2017 International Police Hockey Championships for the first time. In partnership with the Economic Development and Tourism Department, the Brantford Police Association welcomed 82 Law Enforcement hockey teams to the area, including teams from the United States.

Donna Clements, Tourism Business Development Officer with the City of Brantford, was instrumental in helping to secure the bid for the association. “Tourism Brantford staff were pleased to win the International Police Hockey Championships“, expressed Clements. “It would be the first time Brantford has hosted this event. There were over 1,700 law enforcement hockey players in the City of Brantford for 3 to 4 days.” Clements shared with us that, “the economic impact for our community was well over $400,000 over 3 days. We would love to win this event again in our community.”

The event generated a lot of support from the Brantford Police Association. Main organizers of the event, Constables Bill Aragian, Brad Loveday and Keli Corpse, all shared their perspective on what this event meant to them and their community.

“My wife is a school teacher,” said Constable Corpse. “She tells me that when kids are hungry at school, they’re not alert, they’re not learning.” Corpse believes that “by giving money to support organizations like Brant Food For Thought, it helps to break that cycle so children can get nourished and they can learn in school.”

“This is the first time that the event has been hosted in the City of Brantford,” expressed Constable Loveday. “We received a lot of support from the members and raised just under $25,000 in 2 days. At the end of the day, it’s all about the kids and supporting them.”

Constable Bill Aragian, shared his passion for “the Brantford Police Association to leave some sort of legacy.” He continued, “We knew at the start that we wanted to support children, in particular, charities that help feed children.”

And feed children they will.  By supporting Brant Food For Thought, the Brantford Police Association is helping to alleviate in-school hunger and contribute to the health outcomes of Brantford and Brant children and youth benefitting from universal breakfast and snack programs, where every child can participate and no child is turned away, regardless of the ability of their family to contribute financially.

Program Director, Gisèle Budgell, was thrilled to receive the surprise phone call from the Brantford Police Association stating that Brant Food For Thought was chosen to be one of the charity recipients. “We have been fundraising to support our newest nutrition initiatives, the School Fresh Produce Box and the White Milk Programs”, says Budgell, “and 100% of this donation will be supporting these programs.  This generous support will help us make a big impact in our school communities”. 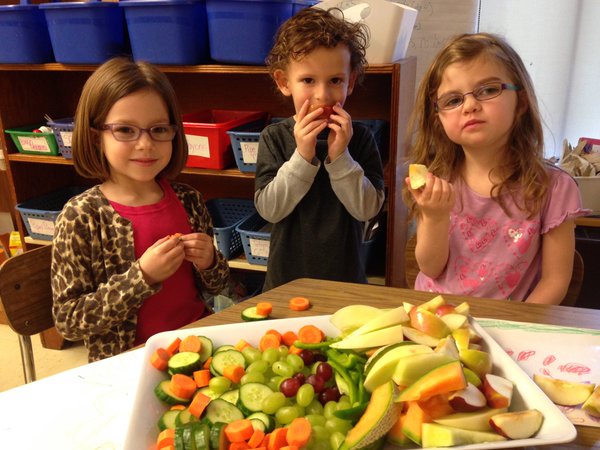 The evidence is overwhelming that children and youth are not getting enough of the most nutritious foods that they need to thrive and learn in school.  Budgell continued that, “the School Fresh Produce Box and White Milk nutrition initiatives help build capacity for existing universal student nutrition programs by providing delivery of whole Ontario grown vegetables and fruit and white milk, free of charge, directly to schools. This model of food procurement is particularly helpful for programs where volunteer shopping and transportation is a challenge.”

Student nutrition program volunteers are pleased to participate in these initiatives, stating that they find the menu planning and food purchasing process quicker and easier. “These initiatives will help student nutrition programs move toward greater compliance with the nutrition guidelines established by the Ministry of Children and Youth Services,” continued Budgell. “Namely that programs must serve a fruit or vegetable and milk or milk product at every snack or meal. It’s a win for us as an agency, but more importantly, a big plus for the students we support”.

Thank you again to the Brantford Police Association, the Economic Development and Tourism Department Staff of the City of Brantford, and all those involved in making this inaugural event a great success! Your generosity is helping to nourish children and youth in our community so they can grow and learn to their full potential.  Together, we can build a stronger community by investing in our children and youth today for a brighter tomorrow.