An Evening To Honour 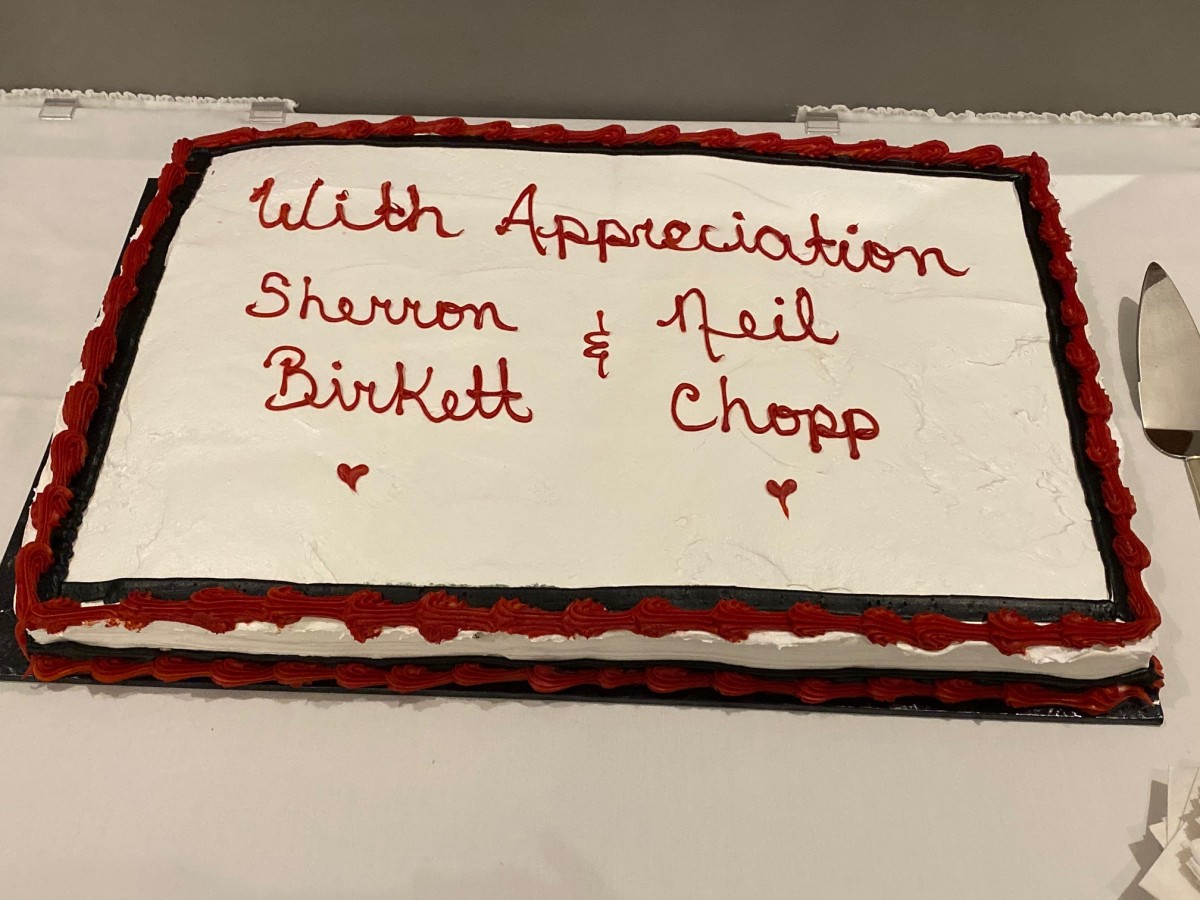 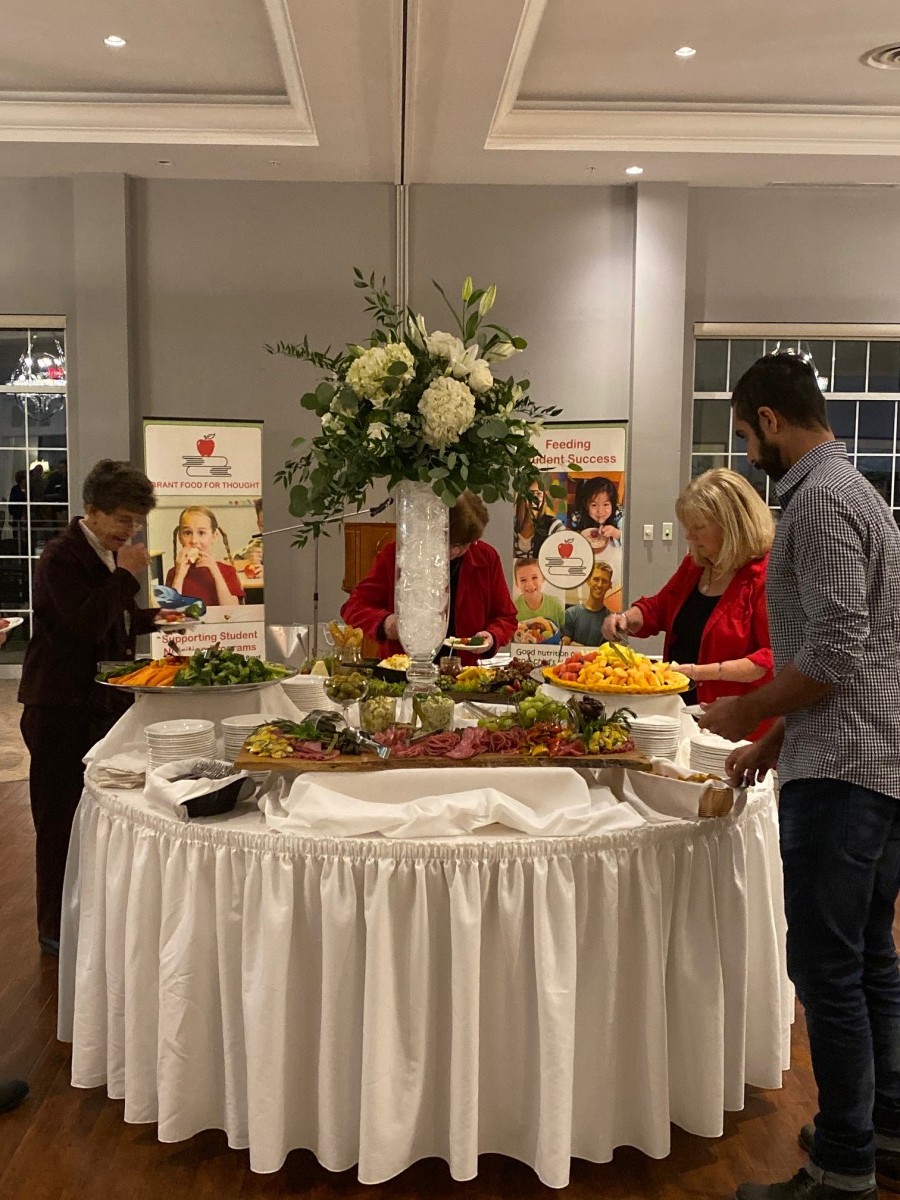 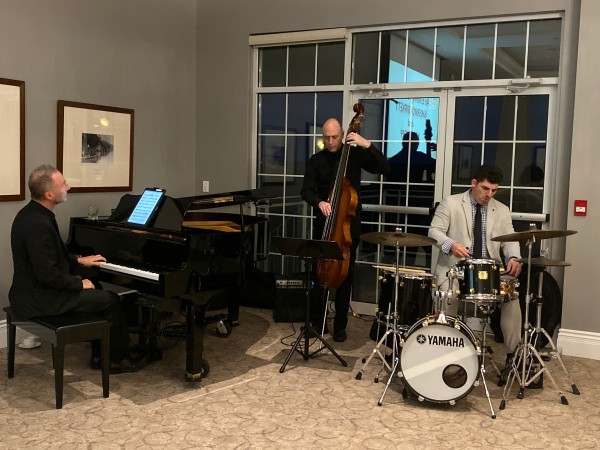 Over 80 guests, family members, friends and colleagues gathered at the Brantford Golf and Country Club on October 17th, enjoyed fabulous appetizers and the musical sounds of the Roberto Santos Jazz Trio, setting the tone for a relaxing evening. 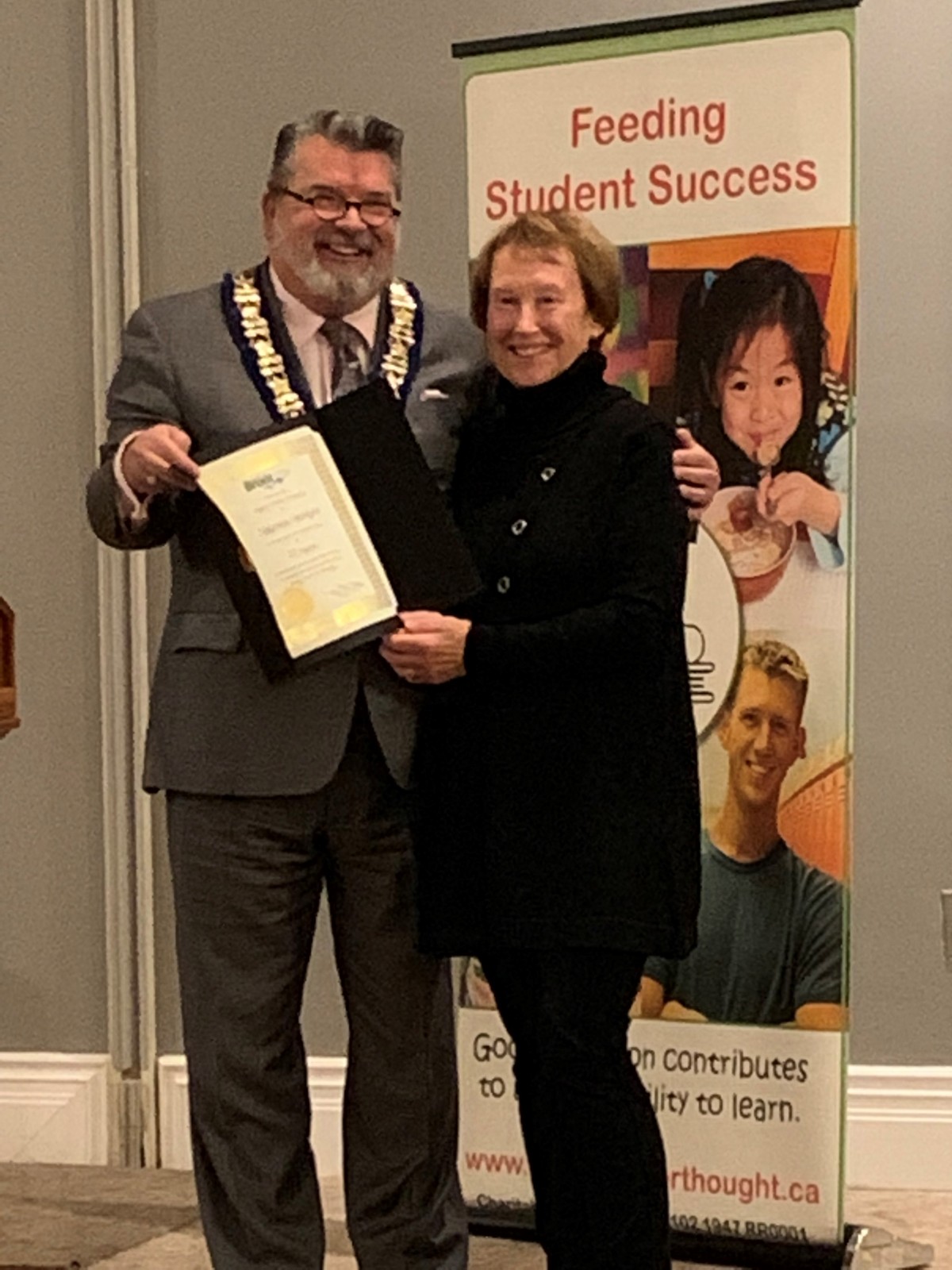 Program Director, Gisèle Budgell, opened the formal part of the evening and shared a few thoughts.  “Giving their time, their talents and their treasures without expecting something in return, that’s Sherron and Neil.” For close to 22 years, Sherron has been the Program Coordinator at the Terrace Hill Breakfast Club, at Graham-Bell Victoria School.  “This is one of the original six student nutrition programs since Brant Food For Thought’s inception in 1998″, remarked Budgell.  “Sherron is very community-minded and quite involved in causes close to her heart”.  She once said, “I’m empathetic to those with challenges in life, social, physical or emotional.  I like looking at the happy faces of people that I’m helping.”  Budgell thanked Sherron for “giving of herself so generously, so selflessly, so tirelessly, to Brant Food For Thought and to our community.” 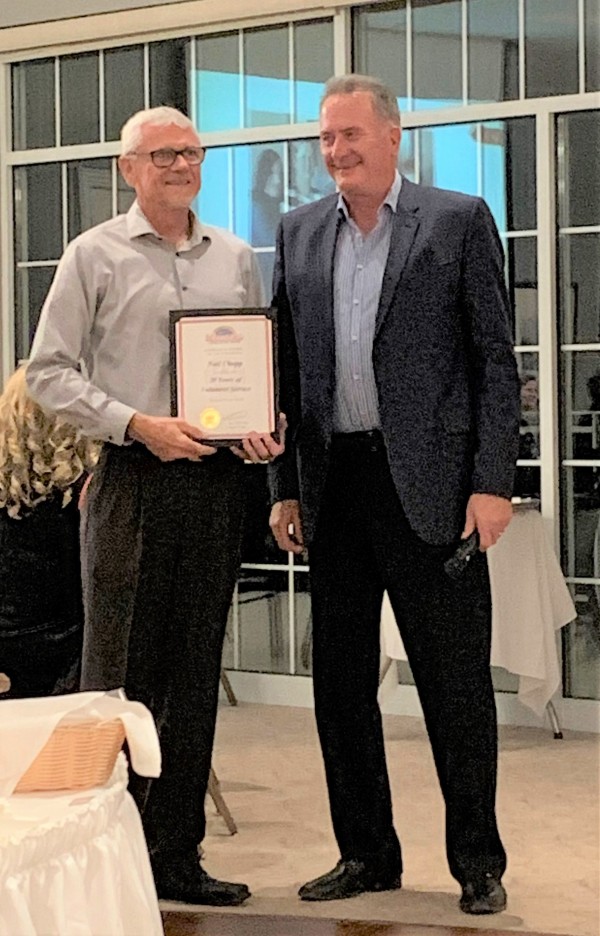 Budgell described Neil Chopp’s first meetings at an office on Newport Street, to discuss nutrition standards for students in school. “That was the fall of 1999 and thus, the beginning of Neil’s involvement with Brant Food For Thought”, said Budgell.  Chopp has witnessed the growth of Brant Food For Thought, from 6 nutrition programs, 1,300 students in 1998 to now over 50 programs, 10,500 students and a projected 1.36 million breakfasts and healthy snacks this school year alone.  One of the original 4 directors when Brant Food For Thought became a charity in 2004, Budgell thanked Neil for his leadership roles in 20 years, particularly the Grants Committee he chaired.  “Neil ensured that funding for food and equipment were distributed equitably”, shared Budgell.  In a recent bid for school Board Trustee, Chopp was quoted as saying, “I believe it’s my job to be the hands, feet and voice for the people”.  Budgell concurred that, “Neil has been a voice for the most vulnerable in our community – our children”. 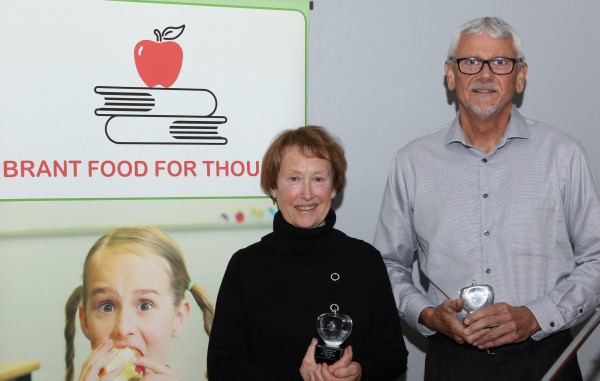 Presentations from City of Brantford Mayor Kevin Davis and County of Brant Mayor David Bailey, along with tributes from Sherron’s daughter, Deanna Solomon, and Neil’s daughter, Kayla Chopp, completed the evening.  Both Sherron and Neil are deserving of this recognition and were each presented with a crystal apple denoting their years of service.  We sincerely thank them for their commitment and dedication to Brant Food For Thought and student nutrition programs.

A full gallery of photos from the event to follow.