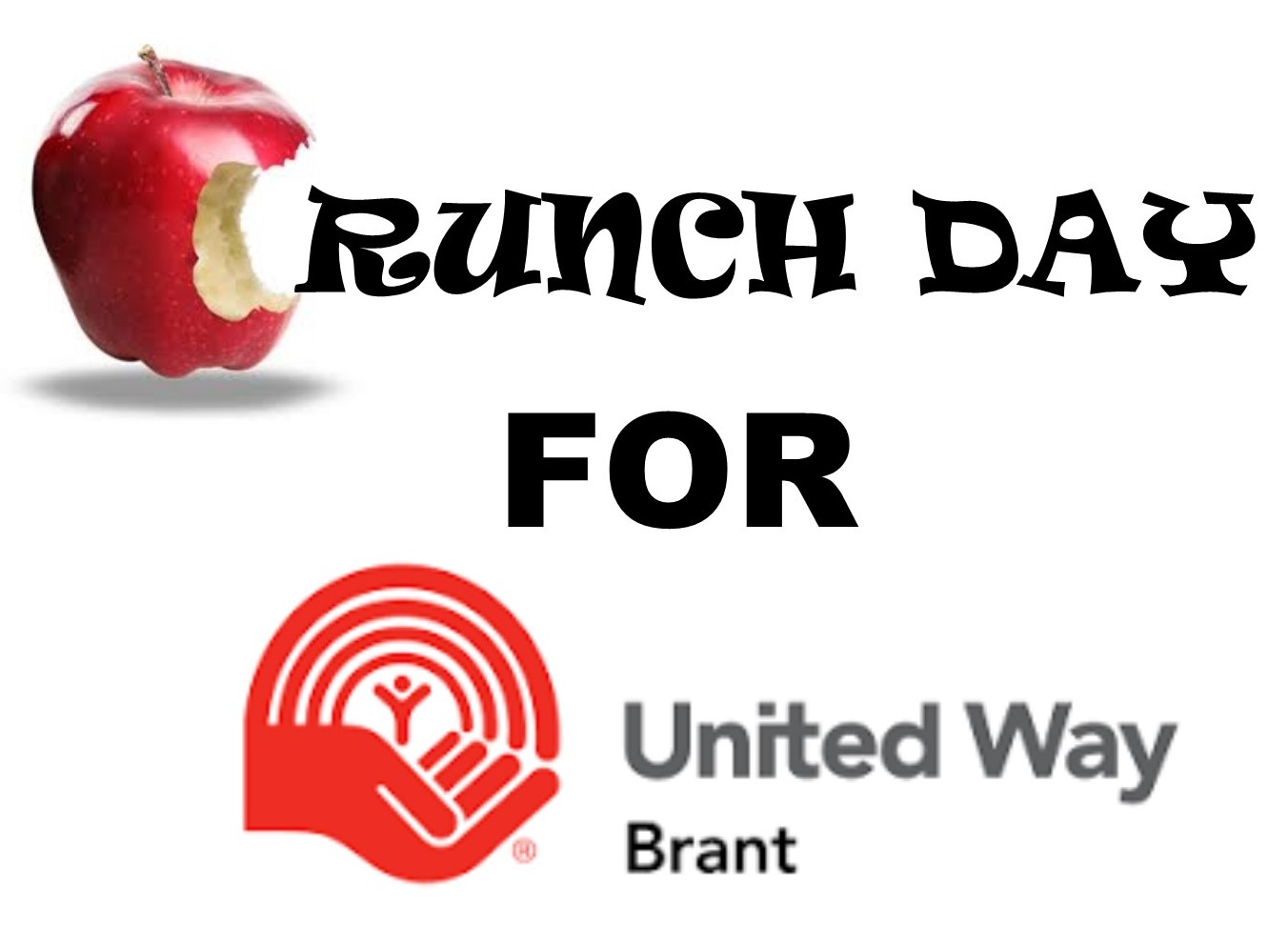 Brant Food For Thought wrapped up its successful two week long “Crunch Day for United Way”campaign, culminating with a special media event at Lansdowne-Costain Public School.  Staff along with special guests from the Brant United Way, City Council and Brantford Expositor photographer Brian Thompson were on hand for the celebration. 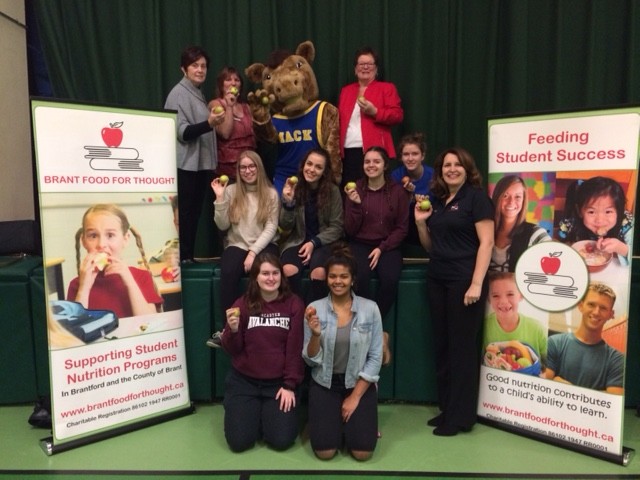 Organized by the Leadership Class students of Brantford Collegiate Institute, Lansdowne-Costain students assembled in the school gymnasium for a countdown to a simultaneous apple crunch in support of the Brant Food For Thought campaign.  Check out the link to Facebook for a full gallery of Crunch Day 2017 pictures.

Brant United Way Executive Director, Sherry Haines, shared that “Crunch Day for United Way not only gives the kids an opportunity for a healthy snack, but it allows them to understand the importance of giving back.”  Haines continued by saying that as “the BCI team of students leaders are organizing themselves to take on a leadership role in creating opportunities to give, even at the primary school level, the kids never see that the lesson of giving is already being layed down.  What a great program!” 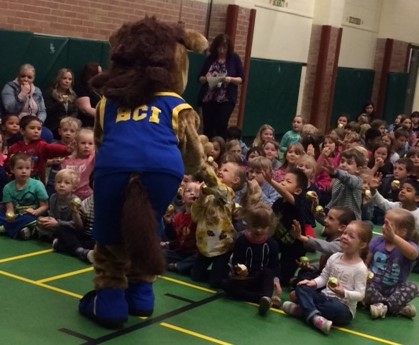 Much to the delight of squealing students, BCI event mascot, Mack The Mustang, appeared on the scene to cheer on the children, high-fiving down the centre aisle and back.

City of Brantford Councillor John Utley, was on hand for the celebration and expressed his gratitude to “organizations like Brant Food For Thought who are making an impact on the lives of children in this community.”  Utley continued that “the big food industries have no real concern for the health of today’s children.  Thank you again for the great work that you do.”

Schools and community-based programs competed with one another in raising the most dollars for the Crunch Day campaign.  The top three schools were awarded a Zehrs gift card to purchase foods for their student nutrition program.  And the winners were… 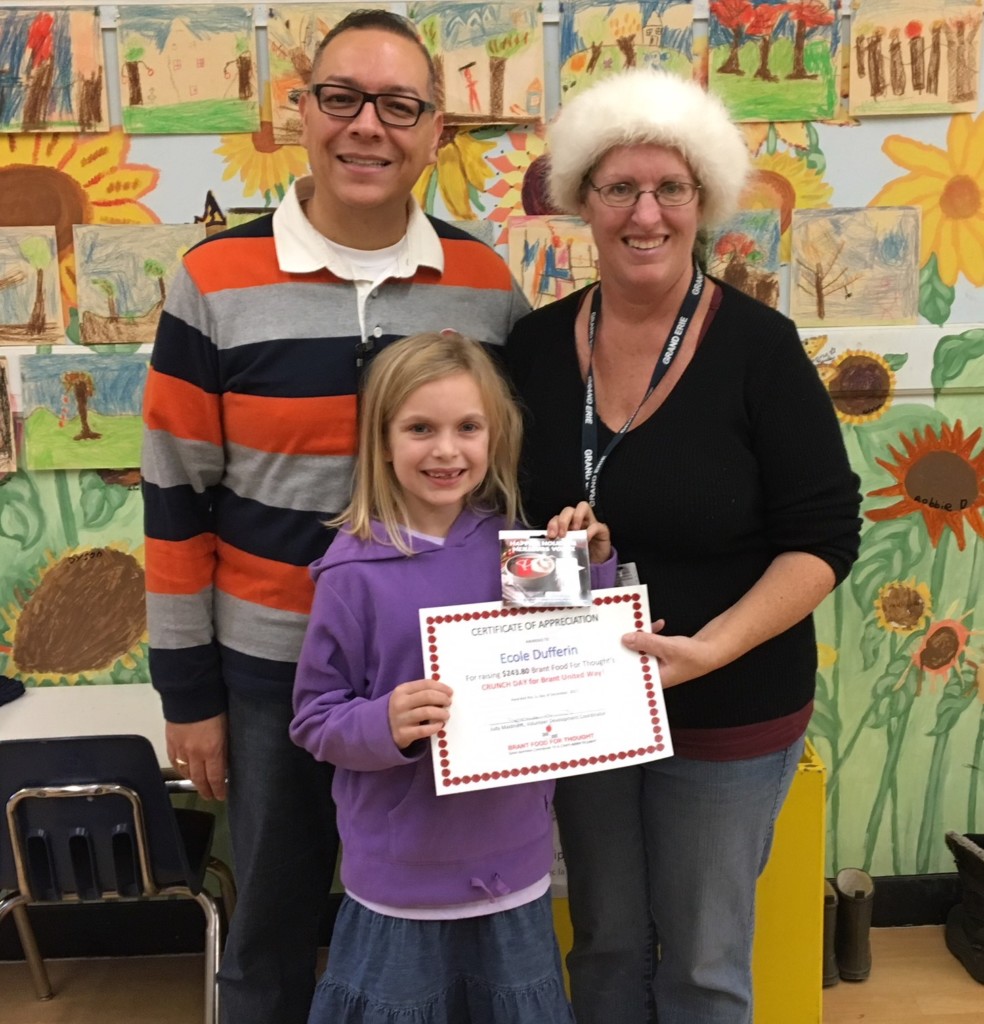 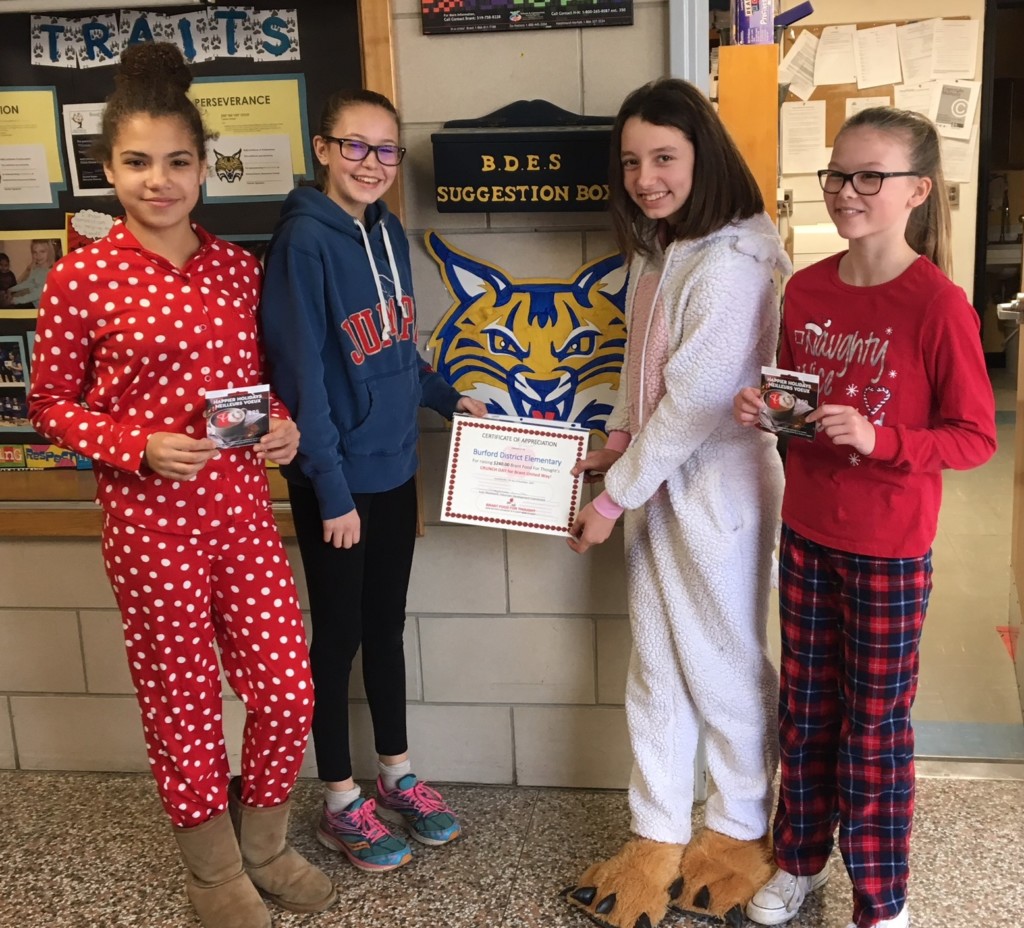 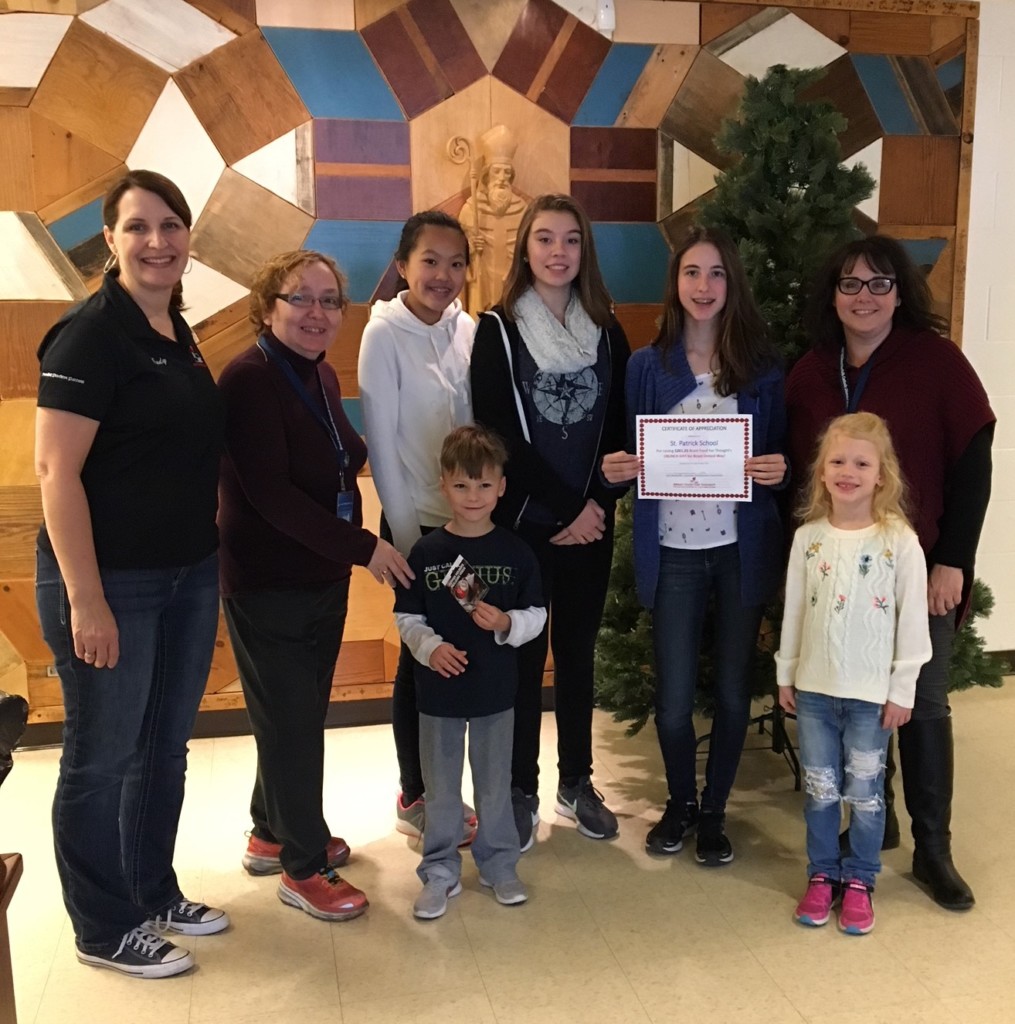 Thank you to everyone who participated or gave in any way to make this year’s Crunch Day for United Way campaign our best yet.