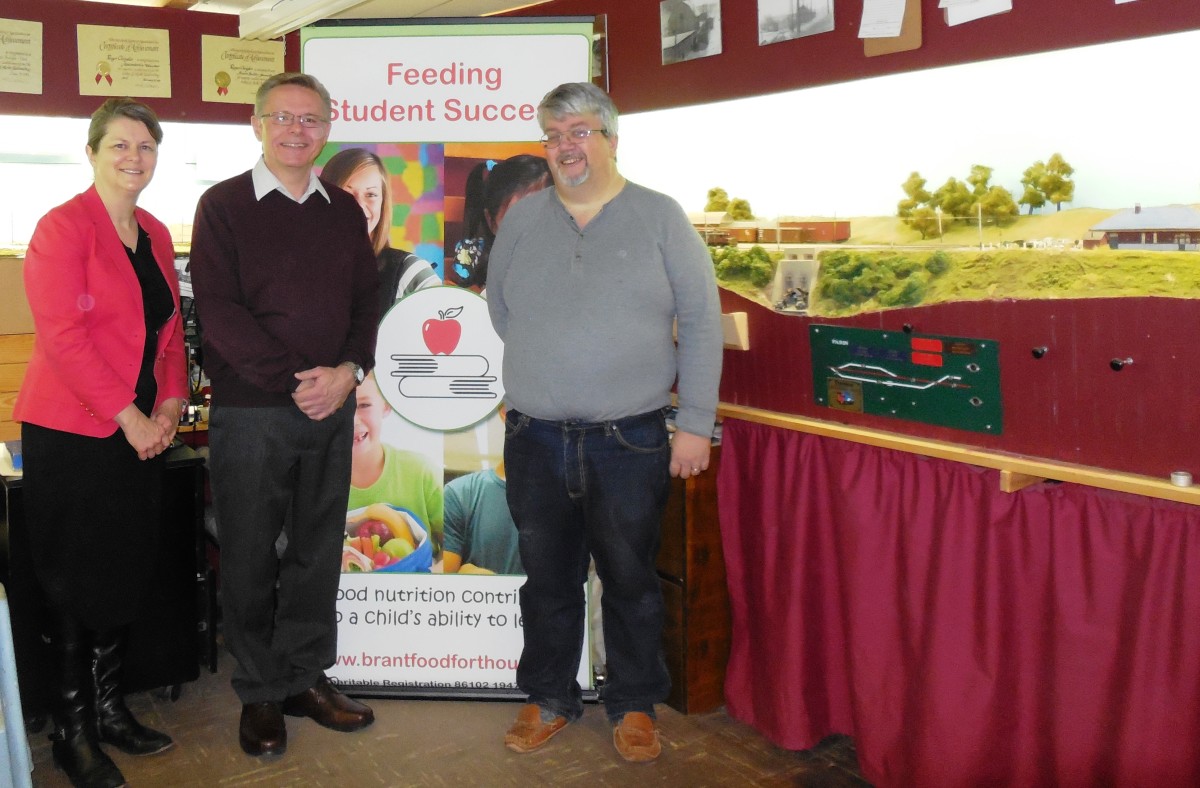 Since 2006, Rev. Ted Black (pictured above center) has organized the annual Brantford Port Dover & Simcoe Model Railroad Layout Tour in support of Brant Food For Thought and student nutrition programs.  And this year is no exception.

On Saturday April 9, 2016 from 9 am – 5 pm, a $5.00 ticket gives you access to eleven (11) unique model railroad layouts on this year’s tour. Children 12 years of age and under get in free when accompanied by an adult.  When asked why he chose Brant Food For Thought, Rev. Black expounded.

“In 2006, when several model railroaders in Brantford organized a model railroad layout tour, they decided that, rather than raise funds for themselves, they would donate the proceeds to support a local school breakfast program. I didn’t realize at the time,” continued Black, “that Brant Food For Thought was the organization that supported and facilitated all the student nutrition programs in the area.” This led the organizers to continue supporting annually.

The tours have raised more than $5,300 dollars over the last 10 years, and, although Black considers these contributions to be modest, Brant Food For Thought greatly appreciates the group’s annual support. Black adds, “We take great pride in being one of the many partners helping Brant Food for Thought feed children in the communities of Brantford and Brant.”

Brant Food For Thought program director, Gisèle Budgell, recently visited the home of Roger Chrysler, the longest standing participant in this particular tour.  Budgell was treated to a personal guided tour and was amazed at the amount of planning and detail that went into this particular layout. Rev. Black was quick to point out that, “Roger is the only individual model railroader who has participated in all 10 tours in Brantford.  The Brantford Model Railroad Club has also been a participating member since 2006.”

When asked how he became involved, Roger answered, “Tours like this usually help fund the local model railroad club. Our expenses are so low that we wanted the proceeds to go to a good charity, and we always wanted to have that connection with the kids.” For the 2016 tour, organizers added offerings of free popcorn for all the kids, courtesy of the Carnival Museum in Brantford. “It’s thrilling to see the kids eyes light up when they see the model train layouts for the first time,” shared Chrysler. “We would like to share our passion with the children in hopes that some of them might get involved and start their own railroad layout.”

Tour tickets are now on sale at Paris Junction Hobbies, next to Canadian Tire in Paris. You can also visit the Brantford Model Railroad Club website for ticket and tour information or by calling 519-770-4086. Thank you for supporting student nutrition programs in Brantford and Brant. 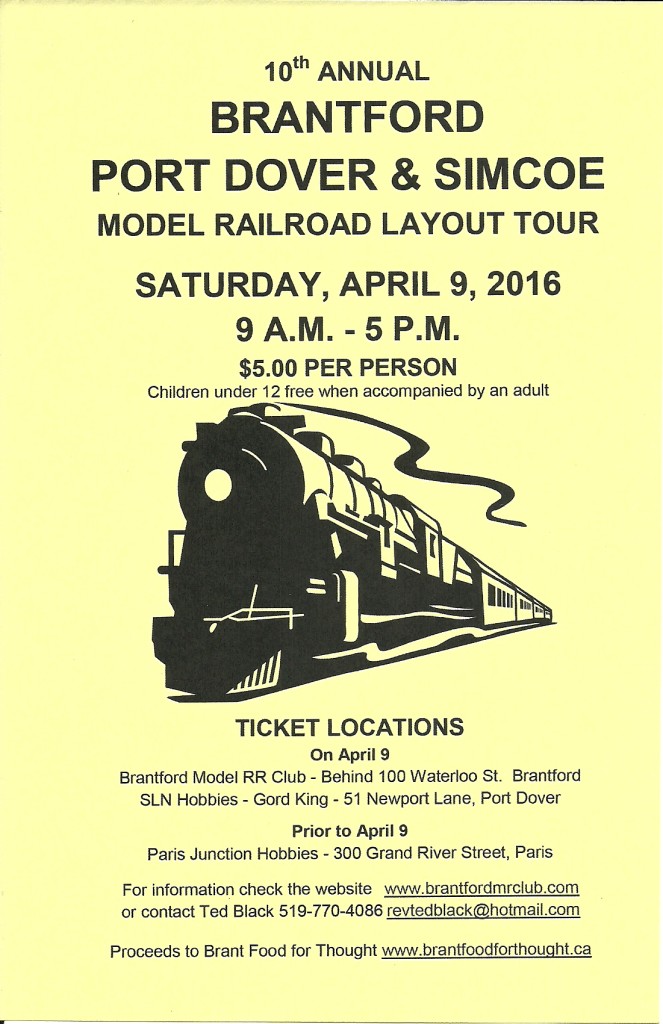